Sorry… its been slightly over 1 month since our last news update in Total Arcade Racing and that’s a bit too long in our opinion.However, we've been super busy with the game and have added a lot of content (new course, new game mode and a long list of improvements). But first of all, we've changed studio name, say hello to... 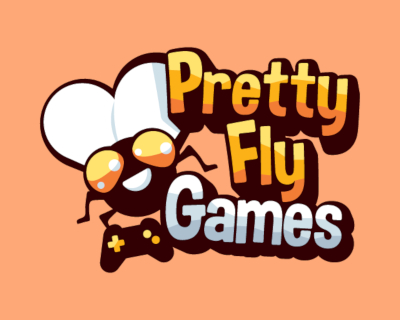 Since the last news post we’ve released 8 updates. Here are some of the highlights in the updates.

To continue the Harbor course we’ve added a similar course but with a twist. There are fire posts and if you hit them, they’ll start spraying water which might push you into the water. 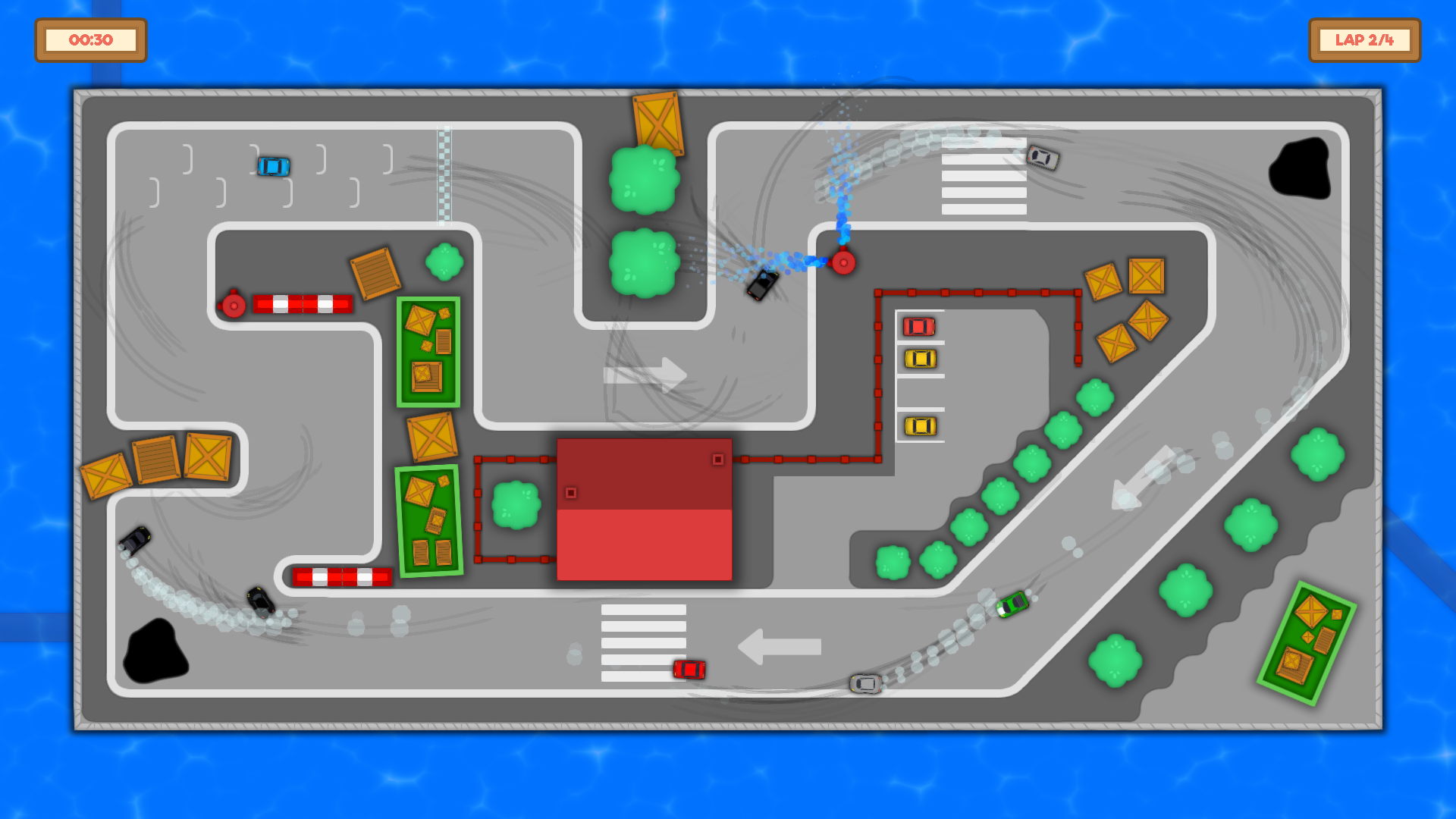 We’ve replaced the menu with a new fresh version where the AI zips around random courses. The logo for Total Arcade Racing also received a face lift. 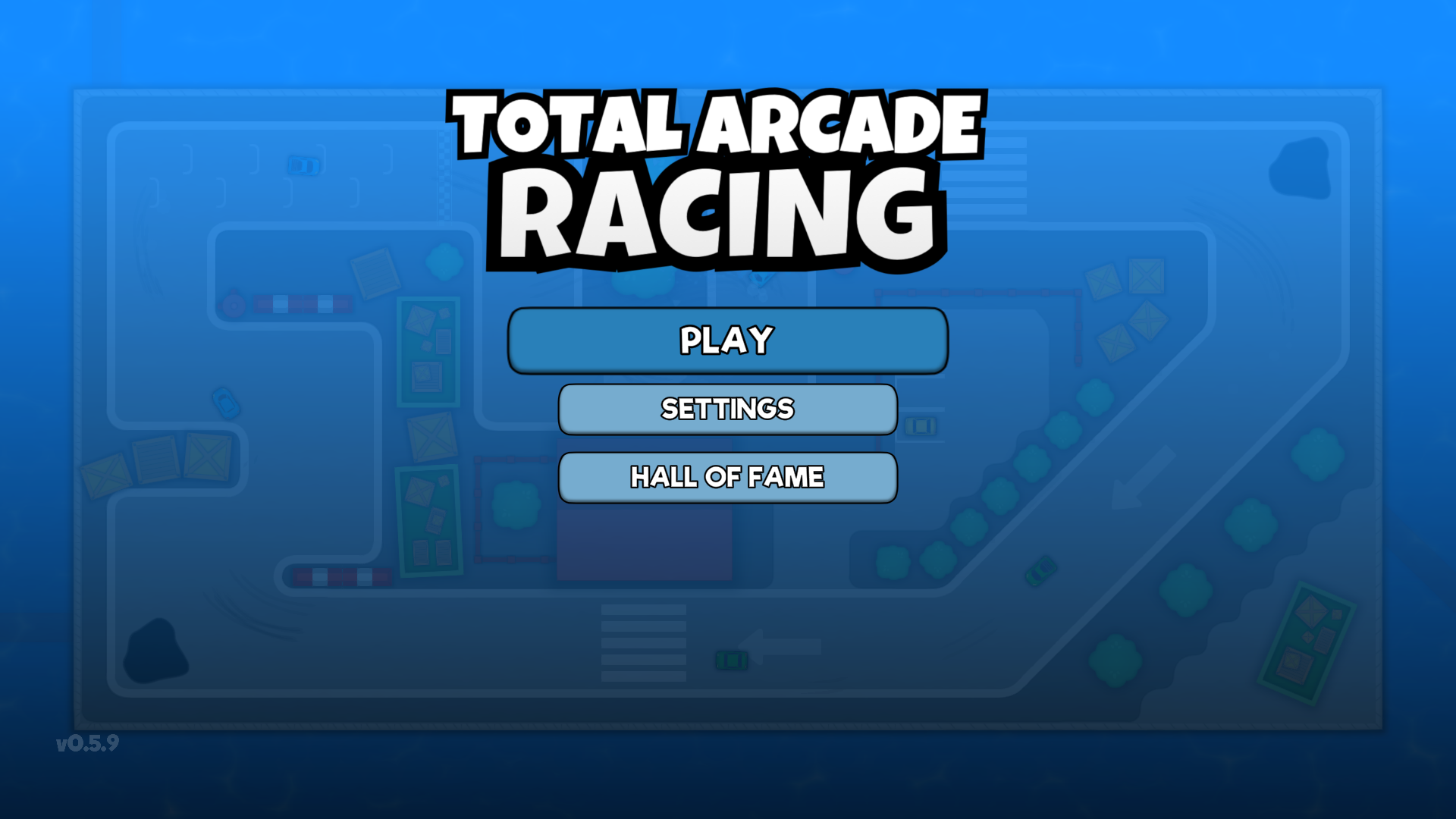 In Elimination the rules are simple, each lap the player who is last will be eliminated. Don’t be last.

When we launched the Early Access version, we said that the price would periodically increase with new releases. We’re now at version 0.6.0 and we’ve added a bunch of stuff since the last price increase in v0.4.6. Therefor the price will be increased to 6.99$ on Friday the 11th of December. If you haven’t already grabbed a copy at 5.99$ then make sure that you do it now.

Send feedback either through the Steam forums or drop by our Discord Server to have a chat with us and the community.

* Improved: Added support for additional buttons on the gamepad to change courses and cars in the UI.
* Improved: Player can use any gamepad while starting a single player game.
* Improved: Turned off cursor during game play.
* Improved: Changed logo.
* Improved: You can’t pause the game once a race has completed.
* Improved: Better background on Splash screen and menu.
* Fixed bug: Gamepad vibrates when AI is racing.

* Improved: Increased start requirements to unlock cars.
* Improved: Reduced transparency in game menus, increases readability.
* Fixed bug: Wrong opponent car is shown on the win/lose screen.
* Fixed bug: When Time Trial is over the AI takes over and drives the players car. Sometimes the AI would not follow the correct path and would drive straight into a wall.
* Fixed Bug: When racing 8 players the tire marks cause glitches at times.
* Fixed bug: In endless mode the car outline was not showing when you drove under a tree.
* Fixed bug: AI was driving weirdly on courses with jumps.

* Improved: Added confetti when you win a race!
* Improved: Made it more clear that you’ve won or lost against another player in competitive game modes.
* Improved: Improved the particle effect when your car is about to explode in elimination mode.
* Improved: Update tree graphics with shadow.
* Fixed bug: Part of the car select UI was using a unhinted font.
* Fixed bug: Destruction Derby mode didn’t end properly when there was only 1 car left.
* Fixed bug: AI cars in Survivor was shifting targets all the time in local multiplayer mode.
* Fixed bug: Gates played their open/close SFX even when the SFX audio was set to zero in settings.
* Fixed bug: The leaderboard was not scrolling to the players score in game.

* New game mode: Elimination.
* Improved: CPU players will also show their position each time they make a new lap and not only when they’ve completed a race.
* Improved: Certain game modes requires certain number of players before they’ll start. Made that more clear in the car selection stage.
* Fixed bug: Player crashing into other players in local player could cause cars to blow up in modes where they were not supposed to blow up.
* Fixed bug: Missing Win SFX in Demolition Derby and Survivor game modes.
* Fixed bug: In harbor level AI thinks it’s stuck when lifted out of the water so it will attempt to reverse and ends up in the water again.
* Fixed bug: If you flip the AI cars switch and do not have enough players it will start a race anyway with just 1 player. Fixed by removing the AI on/off setting once the countdown starts.