Snake vs Snake is on it's way to steam :o) You can already wishlist the game on the Steam store page. If you have purchased Snake vs Snake on itch.io but would also like a steam key let me know and I'll arrange that for you. The release date is set to 8th of March

The focus on the current development is to enhance the PC version and add support for Steam achievements. A step in that direction is to the latest update v1.3.1 which brings awesome power-ups icons from the super talented artist Kay Lousberg. A "new" mechanic is also available in single player, the ability to dash. This allows you to dodge moving obstacles better and you can also collect apples faster and get an even faster time in the speedrun mode. The leaderboard for speedrun and hardcore mode has been improved so you can see how many levels a player has actually completed. A bunch of bugs has also been fixed. 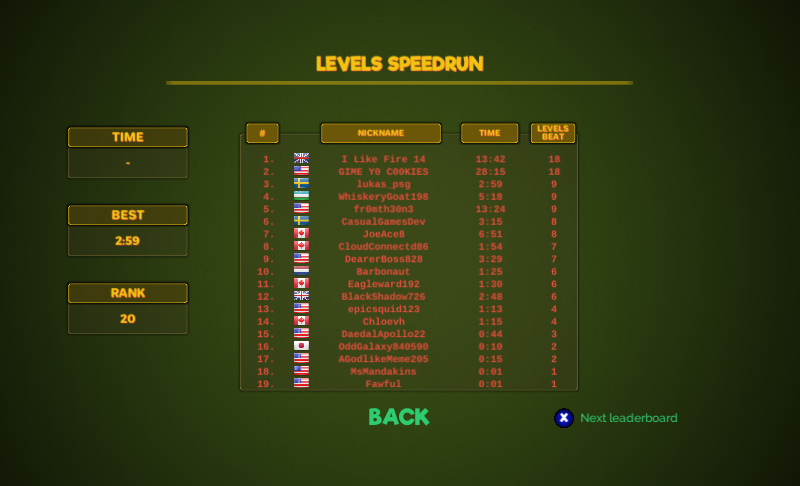 * New graphics: Much better looking icons for power-ups.
* New Feature: You can dash in single player by pressing the A button.
* Improved: If there is only 1 player they can use the arrow keys also.
* Improved: When dash is approaching end de-accelerate it to make it more smooth.
* Improved: On Mac/PC/Linux added Esc quit option.
* Improved: Added UI keyboard navigation support.
* Improved: Added how many levels each player has completed in Hardcore and speedrun in the leaderboard.